How to Recognize Early Signs of Autism 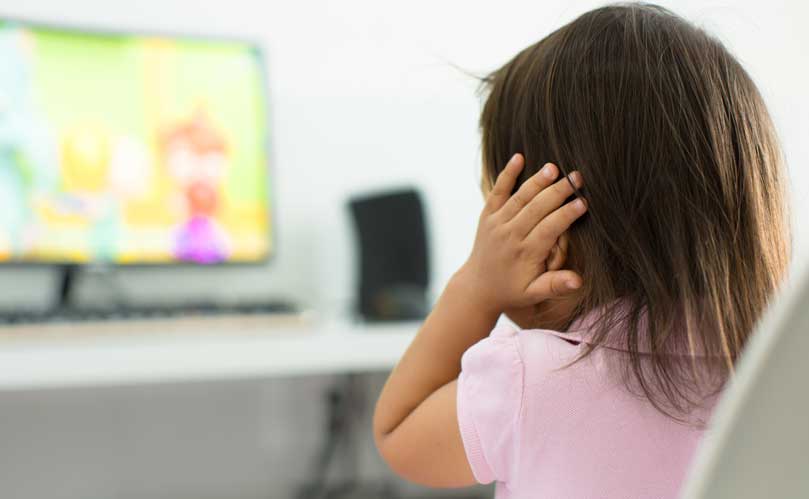 Diagnosing Autism Spectrum Disorder (ASD) is challenging because it is based on behavior. It is not a disease, physical disability or mood disorder, which means there is no traditional medical test or remedy. Autism is classified as a neurological and developmental disorder.

Autism is most effectively managed when the condition is diagnosed and treated with behavioral therapy before age three. This is known as early intervention. Because early intervention has been shown to be critical, it’s important for parents to recognize key signs of autism.

Learning the difference between behaviors that are quirky personality traits and those that may be autism symptoms is a challenge, but it can have a big impact on children on the autism spectrum.

The Individual Nature of Autism

Learning common characteristics of the autism spectrum can help parents determine what potential signs of which they should be aware in their children.

There are three levels of support for ASD, according to the medical definition, and they correspond with the severity of the symptoms: Note to Paul-Please make these bullets, I can’t

Early-onset autism is the hardest to diagnose because infant communication varies through the course of normal development. For instance, some babies may begin babbling at three weeks of age, while others may not make noise routinely until eight or nine weeks. Some babies may exhibit physical capabilities early, while others may not exhibit fine motor skill development until closer to being one year old.

One of the best tools parents have is journaling. Make notes about what behaviors your baby exhibits in terms of physical movements, facial expressions and response to stimuli.

This will be useful information to have when you share your concerns at your baby’s next visit with the pediatrician. You still may not be able to get an official diagnosis, but the journal will provide important starting documentation.

Being an informed parent is key. Early symptoms of autism between birth and six months of age are characterized by a child that:

This is not a complete list, and if your child exhibits these symptoms, it does not necessarily mean they will receive an autism diagnosis. However, these signs may indicate problems in your baby’s developmental process.

Armed with this knowledge, you can discuss your concerns with a pediatrician and request a referral to a behavioral specialist to make a more concrete determination.

Signs of autism in young children become clearer around the two-to-three-year mark. In fact, this is the most common age range for an official diagnosis. At this age, toddlers develop and refine motor skills further and begin to develop more defined personality traits. The rapid developmental benchmarks that children achieve between years one and three make it easier to render an autism diagnosis if one is warranted.

One popular screening tool is the M-CHAT (Modified Checklist for Autism in Toddlers). It is not a diagnostic tool, but it is used to find out if you should seek a developmental autism evaluation.

Symptoms among this age group may include:

Again, this is by no means an exhaustive list of symptoms, nor does the presence of one or more of them indicate an autism diagnosis. The presence of some of these signs may simply compel parents to dig a little deeper to determine if these behaviors support a spectrum diagnosis.

Signs of Autism in Adults and Teens

According to the American Psychiatric Association, an official autism diagnosis means symptoms were present before age three. Late-onset autism is a term sometimes used for those who do not show signs of autism until their late teens or early adult years. However, in such cases, it’s more likely to be a late recognition of autism or symptoms of another condition rather than a true late development of ASD.

A specialist with experience working with people with autism spectrum disorder can determine if symptoms represent late-recognition autism.

Even delayed therapy can markedly improve quality of life for those with this condition. Late recognition simply requires a different approach to therapy, but it does not mean that those struggling with symptoms cannot be helped. 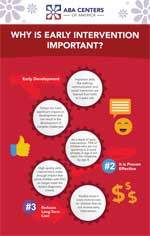 DOWNLOAD our free infographic to understand how critical early intervention can be for children with autism.

How Therapy Can Help

Often, a new autism diagnosis leaves parents anxious, confused and concerned about their child’s future. We encourage parents to trust their instincts when it comes to recognizing early signs of autism. If you suspect that your child is not developing along traditional benchmarks, there is no harm in seeking guidance from a qualified medical professional who specializes in autism spectrum disorder.

One of the best ways to help children on the autism spectrum is to get them the help they need early. This can make a difference in your child’s success. ABA (Applied Behavior Analysis) therapy is a scientifically proven treatment for autism that involves observing someone’s behavior and teaching them new skills to deal with the world.

Our licensed, board-certified therapists have experience with autism across the spectrum and across all age ranges. However, ABA Centers of America can help with therapies geared toward individuals in every age bracket. Children receive targeted assistance that speaks to where they are developmentally. Teens get assistance with their symptoms that align with their experiences. And young adults on the spectrum receive treatment that prepares them for as much independence as they can achieve given their condition.

After all, autism spectrum disorder is characterized by the distinct way individuals are affected. We strongly believe that treatment should be approached in the same way. We specialize in helping clients who are newly diagnosed as well as those who have tried other interventions that have not been successful.

What makes our approach stand out is that we work with families where they are: physically, mentally and emotionally. We build on existing skills that are working and introduce new or alternative options to fill the gap. Our goal is to help people on the autism spectrum and their families create healthy processes that improve quality of life for everyone involved. 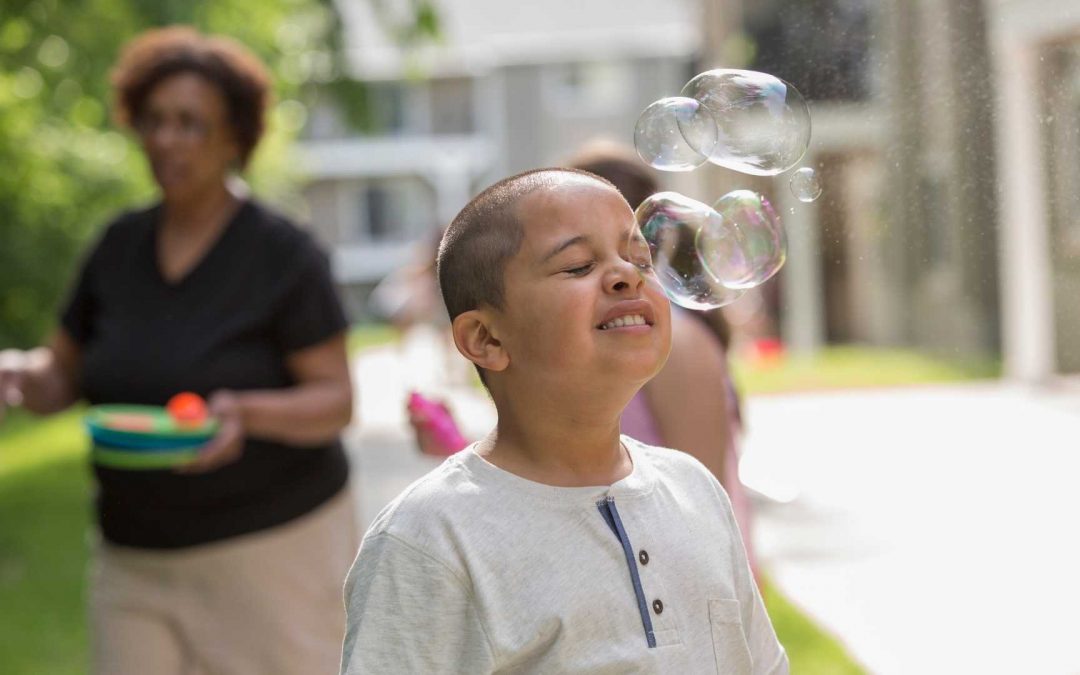 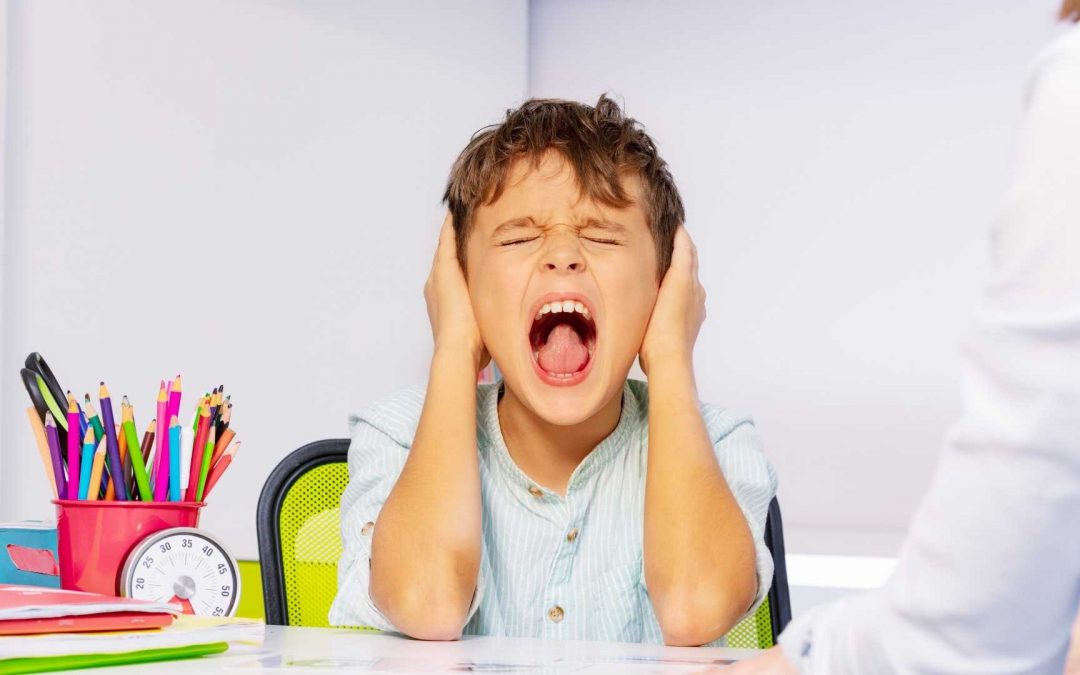 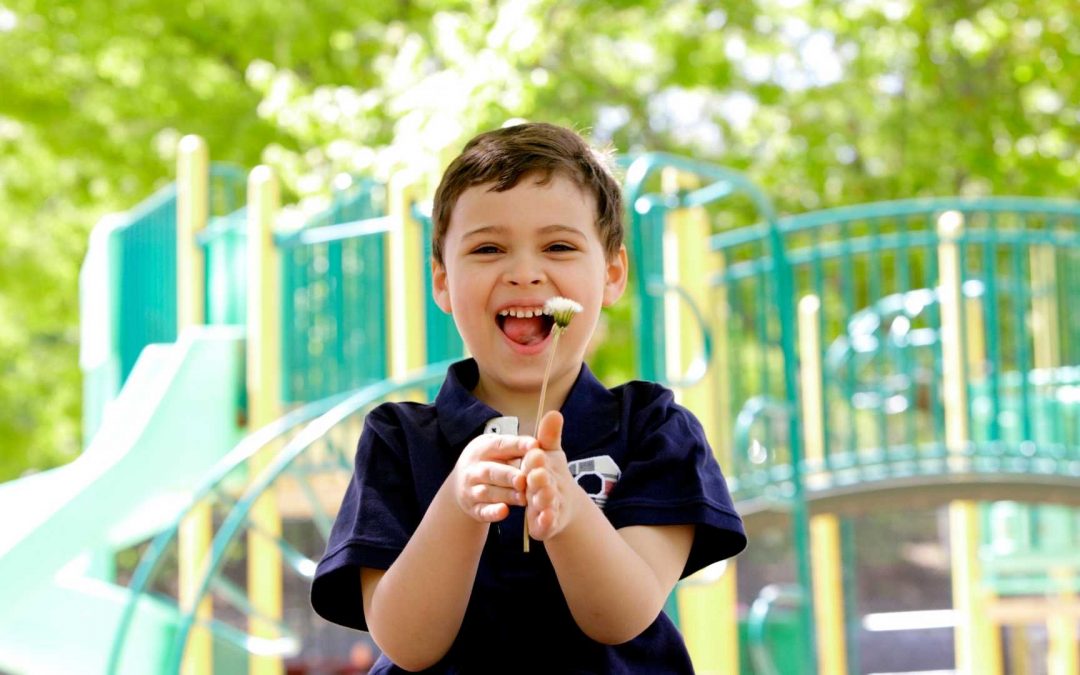